During the past week someone alerted me to the Oxford Futures Forum. I’d not heard of it before but I’m constantly looking for perspectives and insights on what the future might hold. Since all organizations I work with are looking to be ‘agile’, ‘scalable up or down’, ‘adaptable’, ‘future fit’, and similar words/phrases – it would be good to know what they think they might be facing in order to meet the future. When organizational members say ‘agile’ they are generally neither talking ‘Agile’ or ‘Lean’ in terms of specific methodologies nor why these two techniques might go together. They are talking about a more nebulous organizational capability required in turbulent situations.

It is described in an article Journey towards agility: the agile wheel explored as ‘proactivity, adaptability, flexibility, speed, learning and skills to provide strategically driven and effectively implemented waves of change. This [agility] is a dynamic capability, and can be defined as “the organisation’s capacity to gain competitive advantage by intelligently, rapidly and proactively seizing opportunities and reacting to threats” (Bessant et al., 1999).

It may not be sensible to assume that current turbulent situations will continue into the future but this does seem to be a generally accepted assumption. In 2012, for example, Accenture produced a report Corporate Agility: six ways to make volatility your friend with a 12-point ‘Agility Checklist’. The white paper is clear that ‘in today’s chronically uncertain markets, agility is an exceptionally powerful competitive weapon.’ As an example, Troy Carter, Lady Gaga’s ex-manager, talks about this uncertainty in relation to the music industry in an interview:

“Everybody should be nervous,” he says, matter-of-factly, the Philly accent still detectable. “With the music industry we’ve always had technological change, whether it was disruption from eight-track to cassette, or cassette to CD, CD to download, download to streaming. The difference now is how fast it’s happening. We’re seeing new technology pop up every few months like this.” Carter clicks his fingers. “I sit on the edge of my seat. I try to live around the corner just to get a sneak peak, to have some sense of what’s happening. The industry [needs] to be very aware, concerned and curious about everything on the way.” Among the changes he foresees: albums released solely as apps; unprecedented data harvesting; more African Americans in Silicon Valley; concert holograms; massively bigger audiences; and the triumph of the perpetually online, engaged digital star.

The thing that interested me about the Oxford Futures Forum is that the aim of its 2014 meeting is to ‘join two established communities of thought and practice – the design research community and the scenario planning practice and research community with, among other purposes, those of:

Forging and supporting an international community of future-minded practices aimed at stimulating actionable, impactful knowledge;
Identifying and investigating academic and practitioner interests at the forefront of scenarios and design, and relating them to each other;
Uncovering and pushing the boundaries of scenarios practices and theory, to clarify and extend their effectiveness through critical review and linking with other fields.’

The intent is not to make specific predictions or forecasts about the future. Philip Tetlock (a professor of organizational behavior at the Haas Business School at the University of California-Berkeley and a commentator on forecasting) remarking on these says that

‘we found that our experts’ predictions barely beat random guesses – the statistical equivalent of a dart-throwing chimp – and proved no better than predictions of reasonably well-read non-experts.’

So clearly there is no point in suggesting that organizations design themselves specifically to meet, for example, prediction no 5 in the World Futures Society top the forecasts for 2014 and beyond, that ‘Buying and owning things will go out of style’. On this prediction the Society says that, ‘The markets for housing, automobiles, music, books, and many other products show a common trend: Younger consumers opting to rent or subscribe to pay-per-use arrangements instead of buying and owning the physical products. Shared facilities will overtake established offices, renting units will become more common than owning a home, and sales of books and music might never become popular again.’

Rather, the Oxford Futures Forum in 2014 seeks to make use of scenarios to test out various future possibilities. The approach works for products, services and, I am suggesting, the design of organizations. As the Forum website says:

A designer designs things for future situations, and if paying attention to the context of the design, would consider scenarios as a plausible set of contextual conditions of these situations.
In practice these future situations unfold; scenarios help to explore how they may depart from how any designer imagined things would play out. In this way, designers and strategists are in the same situation, and can use scenarios in comparable ways.
From the perspective of scenarios scholarship and practice, scenario sets render explicit the assumptions a design and/or a designer have made of the future context. They ascertain if alternative plausible contexts need to be considered to ensure the design works as intended.

On this basis, think how working with scenarios could be effective in designing agile organizations. It seems to me that there’s a big opportunity to use scenario work in organization design to a much greater extent than I’ve seen done. (Shell has a scenarios team but I don’t believe it is using its work to think through the on-going design of the organization).

Supposing buying and owning things actually does go out of style, as a recent Economist article The Sharing Economy also implies – what repercussions would this have on any organization that sells products or services? We already know some of the clashes of interest that have followed the introduction of the taxi service Uber – should taxi companies have been working on this as a potential scenario a few years ago and have had a more agile response to it than litigation?

The 5th Global Drucker Forum held in November 2013, on the theme of Managing Complexity, picked up on some of the issues associated with this increasing unpredictability of what organizations face. And Roger Martin in his conference blog In the Flow: Networked for Complexity points out in a thought provoking piece.

‘Hierarchical organisational models and process-driven working practices are struggling to cope with the chaos and complexity this paradigm shift [of industrial practices ceding to knowledge based work] has introduced to the workplace.’

In following a link in this article I found another blog that looks at one aspect of this paradigm shift asking the question ‘How do traditional, regulated industries cope with social engagement?’ The blog writer’s answer to the question is ‘Not so well, as it seems. In a series of two posts, we will explore the reasons that hold those industries back from becoming truly social (part 1), taking Pharma as an example. Between real constraints and irrational fears, various avenues of action exist (part 2) to seize the business potential of social engagement.’

On the assumption that turbulence, paradigm shift and uncertainty are giving rise to new thinking, new types of work and new models in which to do work is it in fact possible for traditional well established organizations to change their design to meet this type of challenge and if so specifically how? I think this is where scenario work could give pointers towards answering the question.

Government is one type of organization that might benefit from designing via scenario work. During last week, I was working with some civil servants and we were discussing agility in governments, pointing out that policies, frameworks and other enshrined infrastructures make it very difficult to make government agile in the type of way spelled out as necessary in the World Economic Forum, Future of Government report. The report notes that:

Governments in the future will need to adapt and continuously evolve to create value. They need to stay relevant by being responsive to rapidly changing conditions and citizen expectations, and build capacity to operate effectively in complex, interdependent networks of organizations and systems across the public, private and non-profit sectors to co-produce public value. As recommended in this report, what is needed today is flatter, agile, streamlined, and tech-enabled (FAST) government.

It seems that these civil servants, and organization design practitioners in established organizations would be well advised to put resources and effort into developing scenarios which help them understand how to design the agile government and other enterprises now required.

What’s your view on the value of scenario planning in helping design agile organizations? Let me know.

Visit the original blog on naomistanford.com to comment and see Dr. Stanford’s other writings 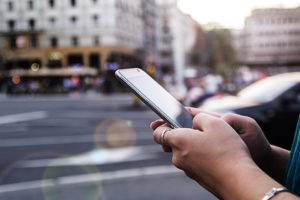