Honoring Juneteenth as an AgilQuest Holiday

Today, June 19th, employees at AgilQuest will take the day to recognize and celebrate Juneteenth.

Juneteenth is the oldest nationally celebrated commemoration of the ending of slavery in the United States.  Dating back to 1865, it was on June 19th that the Union soldiers, led by Major General Gordon Granger, landed at Galveston, Texas with news that the war had ended and that the enslaved were now free.

Note that this was two and a half years after President Lincoln’s Emancipation Proclamation – which had become official January 1, 1863. The Emancipation Proclamation had little impact on the Texans due to the minimal number of Union troops to enforce the new Executive Order. However, with the surrender of General Lee in April of 1865, and the arrival of General Granger’s regiment, the forces were finally strong enough to influence and overcome the resistance.

Why are we honoring Juneteenth?

James Logan, our Senior Implementation Consultant, took the time to explain just what Juneteenth meant to him personally, and what it should mean to our company and country. 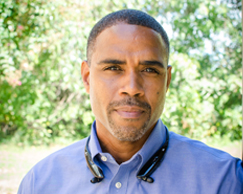 The observation of Juneteenth as an observed holiday at AgilQuest has significance for me on a personal level. It is not just adding a holiday on a company calendar, but an opportunity for everyone in the country to really look at the deeper history of this nation.

For instance, if you observe the history of the nation through the lens of Independence Day on July 4th, with all the pageantry and patriotism that gives most Americans a sense of great pride, you may see things very differently than the African descendants of slaves in this country.

When the war for independence was fought in this country, it was for independence from foreign rule.  When it culminated on July 4th, the slaves of this nation were still in bondage. If you keep in mind that this war was fought by the colonies for Independence from British rule (NOT from being enslaved by the British), while maintaining slavery and bondage over African-Americans, you get a very different sense of what it means to be an American from the perspective of descendants of slaves.

It would take nearly another 100 years and a civil war for blacks to be free from this bondage. After which, it was not unintentional that it took another two years following the Emancipation Proclamation for all slaves to be freed.

This freedom from bondage was only the first step in the fight for equality that still rages on to this day. Indeed, it continues to be a struggle for our nation to resolve over 400 years of slavery along with the systems that were built based upon it to further subjugate the victims (post-slavery). Our recent events tell the story of how far we may have come but how very far we still must go to reach real equality.

This is what it means for me personally to be an American.

That is the life struggle that I face down every day and the one that those that came before me faced down.

It is a very different lens from the perspective of descendants of slaves, but it comes from the same history of this nation. It is the shared history of all Americans and this observance and recognition of Juneteenth that gives people the opportunity to find out more about that history.

I sincerely hope that the people in our organization and in the country take the opportunity to learn and grow from it without fear.

What can we do to celebrate Juneteenth?

– Take time to reflect and think about what you can do to honor and celebrate Juneteenth this year and the years ahead.

A word from our CEO, John Vivadelli: 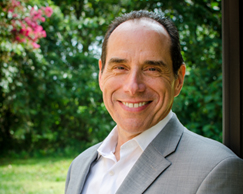 We as Americans have always celebrated July 4th as “Independence Day”.  Very unfortunately, I did not know or understand that July 4th did not represent independence for all. African-Americans were specifically excluded from their independence until nearly 100 years later…until June 19th, 1865.

So today, we have the opportunity to correct and recognize a long-standing omission to true American Independence. We can finally say that AgilQuest celebrates Independence for everyone, for ALL Americans.